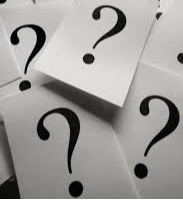 Ideas… Ideas… Ideas, where do they come from? I’m asked this question frequently. They come from everywhere, but I’ve tied it down to three areas. One of the biggest batches of ideas comes from television and books. No, I don’t copy them. It’s that an idea occurs when I watch or read and know I wouldn’t have written the story that way. What I would’ve done differently becomes the starter for a book idea. Second, I’m also an eavesdropper. It’s surprising what people will discuss in public. With cell phones, it’s like they forget others are around. Their lives become someone’s imaginary life. *Shaking my head* If only they knew…. Finally, the biggest source of ideas goes on in my mind. All day long I have scenes play out that become book fodder. For instance, I may be driving beside someone and think of how we’d both act if he hit me. Sometimes it’s nothing, but sometimes it becomes him trying to kill me and me running into the arms of another driver—a hot and dangerous-looking man. The amount of scenes that play out astounds me. Sure it’s only a scene, but that plays into an idea that could be a novel. So, TV/books, eavesdropping, and my crazy mind are where I get most of my book ideas.