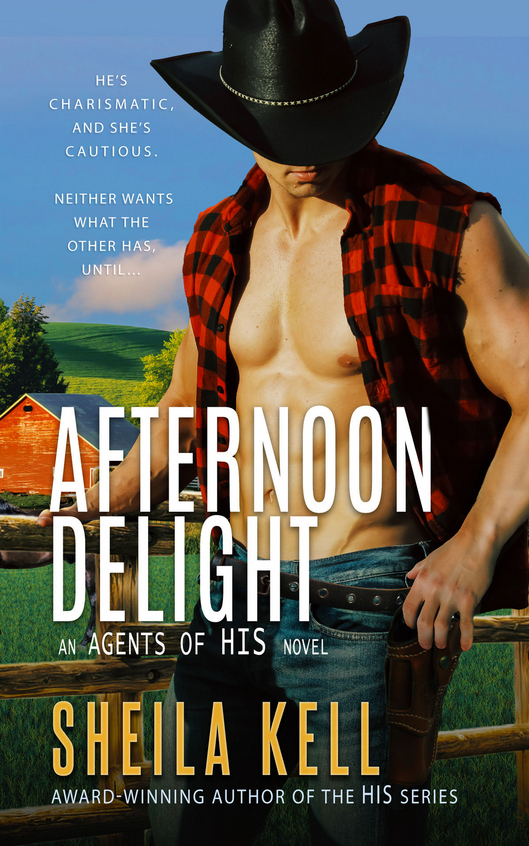 He’s charismatic, and she’s cautious. Neither wants what the other has, until…

From romantic suspense BEST-SELLING and AWARD-WINNING author • What happens when a man who solves problems by blowing them up finds himself in a situation where diplomacy is the best plan of attack? In Sheila Kell’s riveting novel of secrets, deception, and desire, a fun-loving HIS agent and the most unsuitable partner work to restore his family’s business while someone is scheming to destroy it and them.

Mike “Cowboy” Vaughn enjoys blowing things up. As an explosives expert with HIS, he knows nothing of diplomacy. So, when he’s called back to the family ranch to help find out who keeps sabotaging them, he is put in situation after situation where he would rather blow things up than have the necessary conversations.

Elizabeth Ladner has wanted Cowboy from the moment she saw him. But he’s a client, and she’s not into flings. That’s until he gets under her skin. When she has to choose between Cowboy and her ex-husband, she may have made the wrong choice.

Afternoon Delight is the third book—a complete 43,000 word story—in the Agents of HIS series, and can be read as a stand-alone. If you enjoy a thrilling, edge-of-your-seat read with sizzling sex scenes, then you’ll love this installment of Sheila Kell’s award-winning series.

Pick up your copy of Afternoon Delight to meet the hot-bodied agents of HIS today!

Meet the men and women of Hamilton Investigation & Security: HIS
Books do not have to be read in order, but you’ll get the whole picture if you do!

Other books in the Agents of HIS