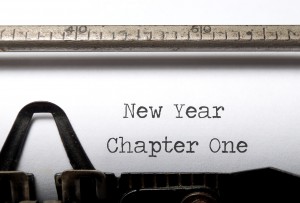 The parties are over. The resolutions are made. The plans are developed. Now, it’s time to get down to business. I don’t know about you, but thinking about how I will implement the changes all at once is overwhelming. I would imagine that is why many people fail. Well, that and chocolate donuts. Who can fault them for that?

Approximately 40-50% of people will abandon their resolutions within 6 months and 25% within the first week of January isn’t out of the ordinary based on articles I found. Why? Tons of reasons. I always blame the chocolate donut.

The solution for my resolution success came to me when I remembered the advice from an author about a December ebook release. Her recommendation, for my situation, was to wait until later in January instead. So, think about this: In January, the gyms are full, but in February, they begin to empty because people are giving up. Is there anything holding you to the extreme right away? Why not start to eat right, stretch, do some push-ups at home in January, and then join the gym in February when the machines are actually open when you have time? Do you think you’d have better success? Maybe. Maybe not. I plan to step in some of my resolutions in each month of the first quarter of the year to help with me. Mostly because that damn chocolate donut is too tasty.

I hope you have a fabulous year!