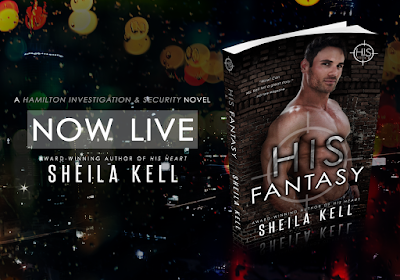 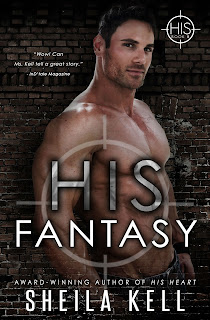 From Romantic Suspense BEST-SELLING and AWARD-Winning Author • Can one man capture the heart of the one woman who walked away from him? In Sheila Kell’s novel of conspiracies and desire, a fierce protector refuses to let go of the one complicated woman whose life he feels is threatened.
Brad Hamilton joins the family business after leaving the Secret Service in disgrace. When he fails to clear his name, anger resides in his world. But given a second chance to exonerate himself doesn’t hold meaning until Madison Maxwell is at his side.
Madison had been Brad’s fantasy for many years. When they finally connect for a night of passion, he could’ve died a happy man, except she left without a backward glance. When Madison returns to Baltimore, Brad sees his opportunity to rekindle a spark that’s yet to fade. But when she witnesses a murder and receives threats, he’ll stop at nothing to keep her safe. In his effort to protect her, Brad unwittingly brings danger to her doorstep.
Can Brad save Madison from two possible threats while separating his fantasy and reality?
***
HIS FANTASY is the eighth book in the HIS romantic suspense series. If you like thrilling, edge of your seat reading with sizzling sex scenes, then you’ll love each installment of Sheila Kell’s best-selling series.
Pick up your copy of HIS FANTASY to meet the hot-bodied men of HIS today!
Hamilton Investigation & Security: HIS series
Books do not have to be read in order, but you’ll get the whole picture if you do!
HIS DESIRE (Jesse & Kate) FREE
HIS CHOICE (AJ & Megan)
HIS RETURN (Jake & Emily)
HIS CHANCE (Devon & Rylee)
HIS DESTINY (Trent & Kelly)
HIS FAMILY (Blake & Elizabeth) Novella
HIS HEART (Matt & Caitlyn)
HIS FANTASY (Brad & Madison)
Praise for Sheila Kell
“Sheila Kell is a mistress of the genre…” – Readers’ Favorite
“Sheila Kell…will have readers wanting more!” – InD’tale Magazine
“One thing is for sure, Sheila Kell has solidly landed herself on my One-Click-Addiction List with this group.” – BookwormBetties 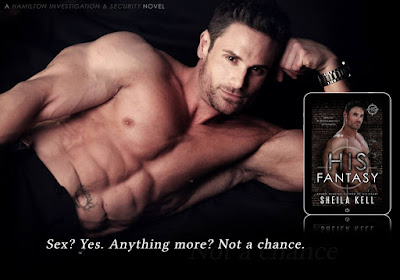 “Maddie,” he said in a low, gravelly voice, before his hand reached out and gently touched her cheek.
Heat surged through her body from his touch down to her fuchsia-painted toenails. This was a bad idea. Yet she struggled to ignore the pull of him and even hoped he’d kiss her like before, when they’d been all over each other at the hotel in Vegas.
“Maddie,” he whispered this time. She had a split second to decide whether she’d let him kiss her or push him away. With her heart pounding, she chose, and he lowered his head, touching her lips gently.
Electricity arched its way through every nerve ending in her body and had her wanting to throw her arms around him after ripping off his clothes. Like before—before he’d opened his mouth and spouted those words that cut her to the core—this felt right. She figured the first time they’d been thrust together was foreplay of sorts, even though neither had seemed to notice how that interlude had fed into their desire for each other.
He drew back, and his eyes darkened as he looked down at her, a question residing in the depths of his mesmerizing golden-brown eyes.
Breathless and against her better judgment, she said, “Don’t stop kissing me.” After listening to her sister, deep down she knew he wasn’t the crass guy she’d had a glimpse of that one time, but she really didn’t know him, so maybe it was wishful thinking. Come to think of it, she never did hear a story in the National Enquirer or other ragtag magazine about them sleeping together. All she knew was that her body heated with the desire for his touch… his loving… his caresses. At the moment, she wanted it more than her next breath. How could that be wrong?
With a sly grin, his mouth covered hers again.

Sheila Kell is an award-winning author who writes smokin’ hot romance and intrigue. She secretly laughs when her mother, in that stern voice, calls it, “nasty.” As a self-proclaimed caffeine addict nestled in north Mississippi with three cats, she wears her pajamas most of the day and writes about the romantic men who leave women’s hearts pounding with a happily ever after built on a memorable, adrenaline-pumping story. When she isn’t writing, she can be found visiting her family, dreaming of an editor who agrees her work is perfect, or watching cartoons.
Sheila is a proud Romance Writers of America member. You can find out more on her website, Facebook, and Twitter. Join her newsletter for VIP updates, contests, upcoming appearances and news!