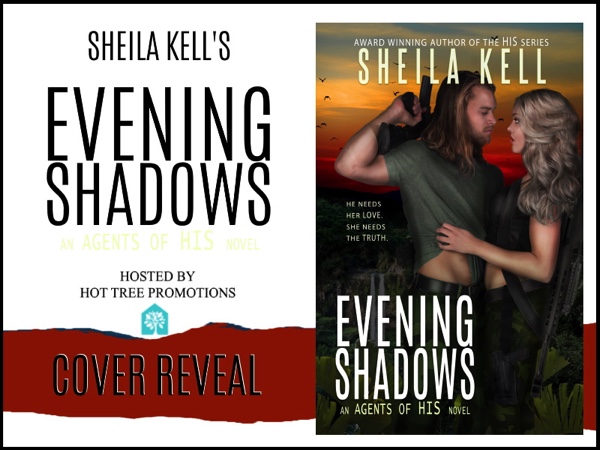 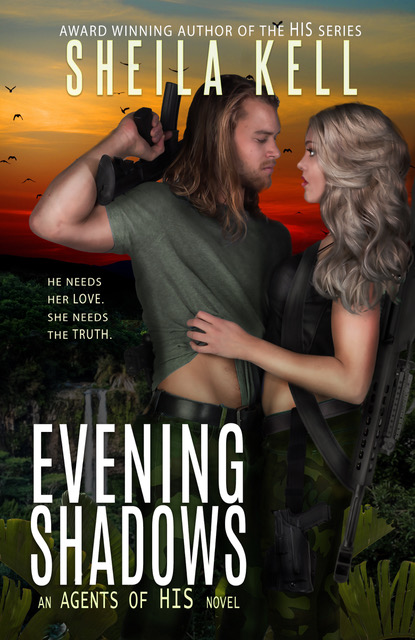 EVENING SHADOWS is the first book in the Agents of HIS romantic suspense series. Agents of HIS is a spin-off series of the original award-winning HIS series. Just like in the HIS series, each Agents of HIS novel is a standalone novel. 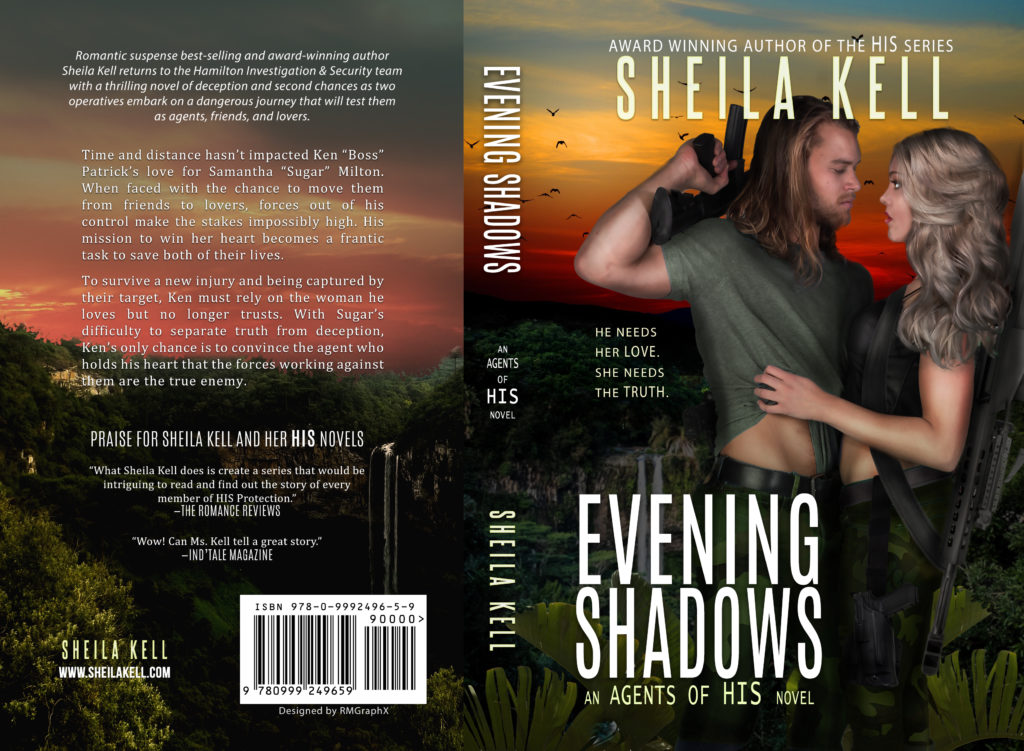 Sheila Kell writes about the romantic men who leave women’s hearts pounding with a happily ever after built on memorable, adrenaline-pumping stories. Or, (since her editor tries to cut down on her long-windedness) simply “Smokin’ Hot Romance & Intrigue.” Her debut novel, His Desire (HIS Series #1), launched as an Amazon #1 romantic suspense bestseller and Top 100 overall, later winning the Readers’ Favorite award for best romantic suspense novel.

As a Southern girl who has left behind her days with the United States Air Force and as a University Vice President, she can usually be found nestled in the Mississippi woods, where she lives with her cats and all the strays that magically find her front door. When she isn’t writing, you can find Sheila with her nose in a good book, dealing with the woodland critters who enjoy her back porch, or wishing she had a genie to do her bidding.