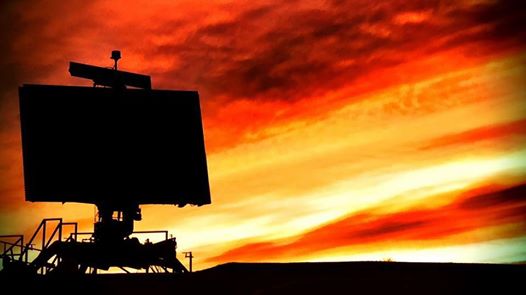 While I was in the Air Force, I worked on the Operations side of a radar unit. During those twelve years, I qualified for several positions before I went to school for the final one. I say qualified because, for the jobs I worked, you had to complete a written test and an on-the-job evaluation before you earned that position. It wasn’t easy as they threw everything but the kitchen sink at you during the live evaluation.

I began as a surveillance operator – also known as “scope dope” – where my job was to identify every aircraft that came into the assigned airspace. There are imaginary lines drawn in the sky. It wasn’t always easy as sometimes aircraft were too low or didn’t turn on their transponder (the easiest way to identify an aircraft).

From there I progressed to an EPT – Electronic Protection Technician. That job was to identify the high threat aircraft who might be preparing to shoot a missile at our deployed site. It was this position’s job to have the entire site evacuate to a bunker before the missile struck. Did I mention I deployed (traveled and set up camp) a lot, and that a radar unit was one of the first things an enemy attempts to take out? Fun stuff.

After the Weapons Director job opened from officer to enlisted, I went to school again to learn to control aircraft during refueling operations, bombing missions, emergency operations, and air warfare (or dogfights). During dogfights, I helped the pilot stay in the assigned airspace while finding, targeting, and engaging the enemy (another aircraft playing the bad guy). Those were fun but nerve-wracking as the aircraft were close in and it was our job to keep them safe and some foreign pilots were difficult to understand. It was also the best job I had in the military. When I separated from active duty, I was scheduled to go to officer school as part of the Utah Air Guard. When surgery on my foot went wrong and I couldn’t run, they discharged me as the slot was officer not enlisted. For this job, callsigns were in order and I was dubbed “She-She” which happened to be what the younger ones in my family called me.

There were plenty of other things I did such as being part of a team testing new air-to-ground missiles, working with large scale multi-country operations, driving a five-ton truck with a load behind me, and setting up a site with tents and equipment. I was also good at weed-eating the grass around the building – lol.

That was long-winded, but I hope it answers the question of what I did in the military. Thanks for reading!

5 Comments on “My Job In The Military”